Your Values Add Value to Your Brand
To connect with a new generation, a leader in consumer advocacy refocused its brand on ​its mission.

Consumer Reports (CR) is one of the most trusted brands in America, due to its decades-long track record as a reliable source of unbiased testing and reviews of consumer products. But as the organization approached its 80th anniversary, a new leadership team faced the challenge of connecting with younger consumers: The average age of the subscribers to CR’s monthly magazine was 69 years old.

CR’s leadership also sought to refocus the brand on the organization’s mission. Many people think of Consumer Reports as a magazine that provides useful information to make informed purchases of everything from cars and major appliances to sunscreen. But CR is a nonprofit organization that works with consumers not only to make smart purchases, but also to create a fairer, safer and healthier world.

With nearly 8 million people either subscribing or donating to Consumer Reports and another 1 million signed up to participate in consumer campaigns, CR was well positioned to mobilize consumers in support of its mission. Market research exploring consumers’ hopes and values revealed an exciting opportunity for growth: a potential market of millions—including many Millennials—interested in aligning their consumer purchases with their personal values.

“Instead of just looking at purchasing behavior and needs, we looked at how (consumers) participated in social good,” Wiener said. “By having those two factors together, we were able to identify those audiences we thought would care about ‘mission.’”

Mission-driven brands can connect with millions of people looking for ways to live their values. 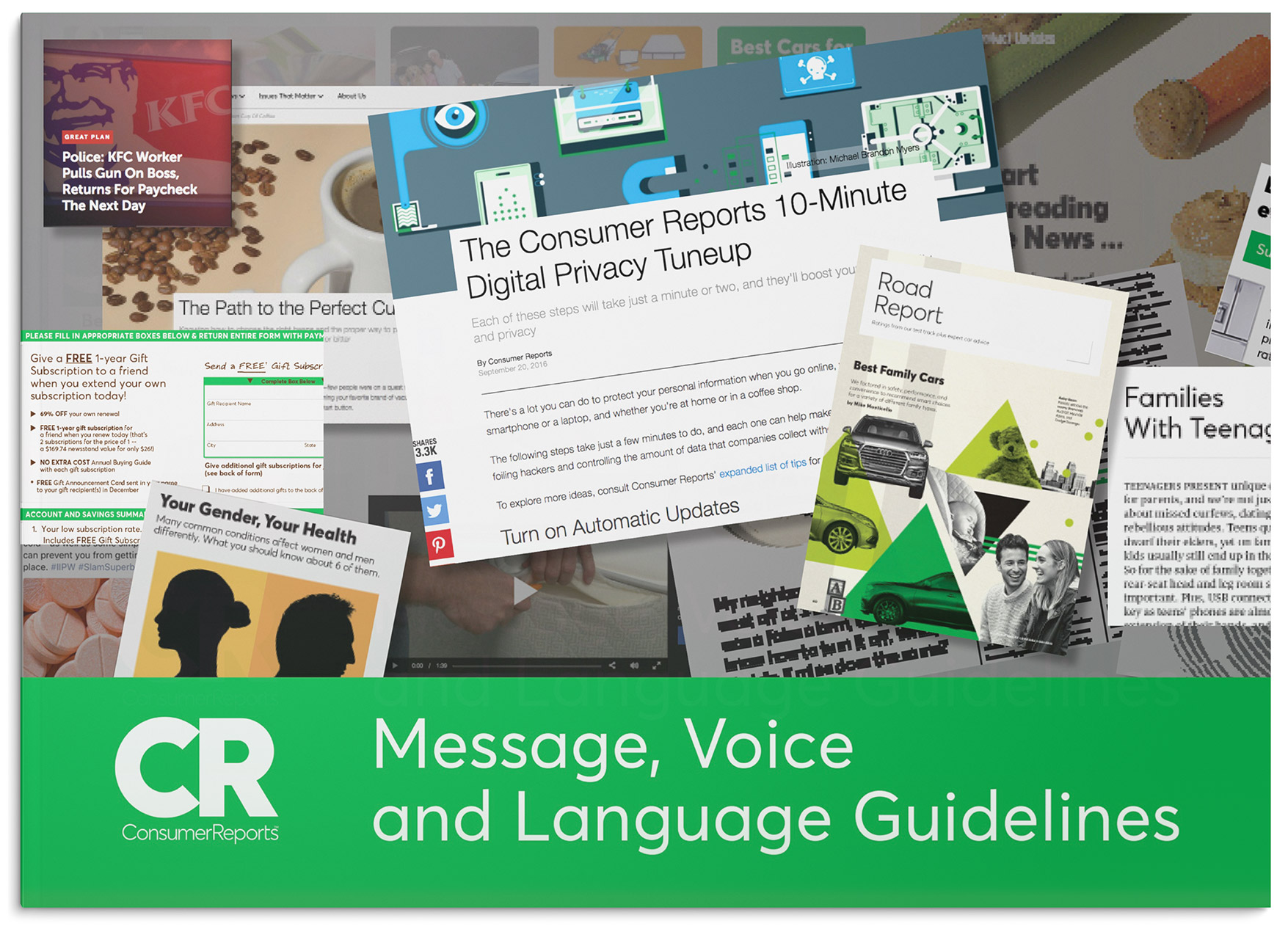 A Voice & Tone Guide equipped CR staff to "live the brand" in their work.

Armed with these insights, the Consumer Reports team began building a new brand focused on the mission at the heart of their work. The Hattaway team used Winning Words language-testing research to help develop a tagline aimed at values-oriented consumers: Smarter Choices for a Better World.

Getting the message right is only the beginning of building a strong brand. Different departments came together to create tools that would help CR’s team “live the brand” in their own work, including a Voice & Tone Guide with tips for integrating the new brand into their content and communications.

Leaning into its mission promises to make Consumer Reports more meaningful to conscientious consumers, and potentially mobilize millions who want to create change through responsible purchases and policy advocacy. The new approach was well received by CR’s subscribers: In a survey, 87 percent approved of the new brand.

« Return to Stories
“Your talented team has done so much for so many good causes.”
Nonprofit Communications Director